Dr. Mubarak Awad is a world-famous Palestinian nonviolent activist. He is also known as the “Gandhi of Palestine.” Dr. Awad is the founder of the Nonviolence International, which is headquartered in Washington, D.C., and has worked with the likes of Yasser Arafat, the ex-president of Palestine, to advocate for nonviolent approaches to conflict resolution. Our Gandhi is back at BBC to teach a two-week course on nonviolence and conflict resolution in a high-conflict area.

Amira Farhoud:   Why do you believe in nonviolence?

Mubarak Awad: When humans disagree with each other, I think there are better ways to resolve conflict than just shooting at each other.  When we try to talk to each other, we may not be able to reach an answer that is fully satisfying to everyone, but at least we can achieve a balance.  We need to strive for balance in our nations, communities and families.  We need to realize that we can use our minds and intellect to resolve conflict without resorting to violence.

The more we believe in avoiding violence to solve our conflicts, the more others believe in it, the better it is for everyone. We will have less people killed, less people injured, less children becoming orphans. We will be able to maintain our dignity, and we won’t have to resort to revenge.  We will all have a better life.

AF: Do you believe that nonviolence is the only way to end a conflict?

MA: I don’t believe it’s the only way. Nonviolence is simply a better way to end conflict. There are other ways, of course. For example, one could drop a bomb on a nation and cause severe damage. The Americans did so in World War II and they stopped the war–but look at how many they killed in the same time! If you look at nonviolent solutions to conflict, you find that not as many people will be killed.  We won’t have a ruined society and we won’t have the destruction of any nation.

AF: Tell us about Nonviolence International, the institute that you established in Washington D.C.

MA: It’s an international center for nonviolent action and we train people who are interested in bringing positive change to their nations.

One of our success stories was in Aceh, Indonesia.  We helped them to change their resistance tactics from using weapons to using nonviolent methods instead. And they got their independence from Indonesia! After a victory like that, we also pushed them hard to start teaching nonviolence and peace education in their schools—in their elementary schools and high schools and colleges—and they did that.

We did the same in Burma, and we are also doing it in Iran and Thailand.  We will do it in any place people ask us to help. It’s important that people understand that whenever they need training, they have a centre which provides materials and speakers from around the world to those who want to learn about nonviolence.

AF: I’ve heard that they call you “The Gandhi of Palestine.”  How do you feel about having this name here?

MA: It is a privilege to have the name of Gandhi here, but I’m not Gandhi.  I’m 10 times heavier than him!  And do not have the concept of sacrifice as deeply as he did; his willingness to sacrifice for the Indian people.  I wish I would do 10% of what Gandhi did—but I’m trying to be a disciple of Gandhi, and I’m proud of that.

AF: Let’s go back to the Palestinian-Israeli conflict…Do you believe that we have the right to defend ourselves?

MA: Let’s look at this situation realistically.  What weapons do we have to defend ourselves with or fight back? We do not have the same amount of weapons that they do—we never have.  We don’t have the tanks; we don’t have the manpower, the training power, or the will to do that. And as Palestinians, we know we do not have the Arab world and the Muslim world behind us.  The violent method doesn’t work. So why should we continue to sacrifice so many of our young people, knowing that we are unable to win in this sort of war? That’s one part of the equation.

But even if we were able to win this confict, what would we do with the Israelis? They have come here from different countries of the world, and many of them simply want to live in peace.  Many did not come of their own choice—they were basically forced into the situation.  I don’t think it is in the Arab mind and culture to kill these people. We should accommodate them and learn to live with them, just as they should learn to live with us.  We need to learn how to live together. We need to understand each other, understand human nature.  If we cannot learn to live together, we will both be destroyed.

AF: How does it feel to teach nonviolence here in Palestine?

MA: It’s a great opportunity to teach non-violence in a setting like this, where we are in the middle of a conflict between Palestinians and Israelis. Here in Bethlehem, you can open a window and see the wall.  You can open the newspaper and there are 10 to 12 articles about the Palestinian/Israeli conflict. If you look at this week, there is great conflict at the Dome of the Rock and in the old city of Jerusalem. You cannot go from Bethlehem to Jerusalem without crossing the checkpoint.  People are very frustrated.

It’s fun to teach frustrated people, because they all are very sensitive. They know what conflict is, and they all know what they want in the conflict. So you don’t have to start from point zero.  At the beginning of the discussion, you are already at point six.  Every Palestinian has already learned many of our foundational points.  So, it’s an interesting thing to teach conflict resolution in a conflict area.

AF: What is the number one thing you want to teach to your students?

MA: They should not be afraid.  They have to get out of a fearful mindset. Yes, we have problems as Palestinians, but other people have similar problems—some even worse than ours. So we are not alone in our struggle. And many of the similar problems in the world have been resolved. If we take South Africa for example, Nelson Mandela was only one person and he was black—but he was able to convince the whites that South Africans should be able to live freely in their own land—and now the blacks in South Africa are free! That change came about through nonviolent means. We have another example in Northern Ireland, in the troubles between the Catholics and the Protestants, which are now resolved. And in the United States, the blacks were once slaves, and later they lived under heavy discrimination in the south—and yet suddenly they were able to obtain equal rights because somebody like Martin Luther King came along. They eventually got equality and now look—the president in the United States is black!

Miracles are happening. Look at Berlin for another example—nobody ever thought that the wall was going to come down.  But it went down and now Germany is united. All conflicts will eventually be resolved, including the Palestinian/Israeli conflict, and my hope that it will be resolved without a lot of blood from people from both sides.

AF: What impact do you hope to achieve through this Peace Studies program here in Palestine?

AF:  Tell us about one special nonviolent activity that you were involved in.

MA: Land confiscation for Israeli settlements is a common story, but I will tell you about one of our victories:  There was an area that had been confiscated for a settlement; the Israelis came and uprooted a large grove of olive trees which are very dear to the Palestinian farmers. We gathered a lot of people including Israelis and Palestinians and we went to the farmer and we said: “Okay, we can’t bring the uprooted trees back. You lost hundreds, but we’ll plant two thousand small olive trees. They take years and years to grow, but at least we can help you in this way.”  It was not only Palestinians who helped, but also international people. We had some Israelis too.  So we went and planted 2,000 trees, knowing that the Israelis will not be able to confiscate land where a lot of trees are planted. We didn’t save a lot of land, but we did save some.  We did prevent some acres of land from becoming settlements. It was a very successful endeavor. 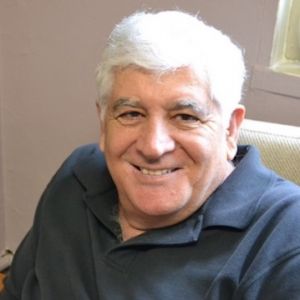